Tip your cap to Edwin Capps

Perhaps the best-known “secret” in the neighborhood is the Spruce Street Suspension Bridge, engineered by Edwin Capps and built in 1912. The “wiggly bridge” as local kids call it was designed to provide pedestrian passage across a deep canyon, which isolated developing neighborhoods from the newly built trolley lines on Fourth and Fifth avenues. 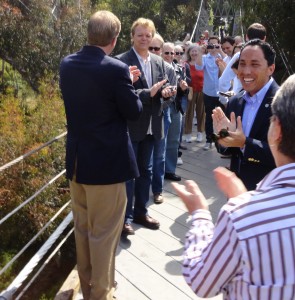 This Bankers Hill treasure, located just west of First Avenue, is an inconspicuous, but truly special footbridge, the only of its type in the county. It crosses 70 feet above Kate Sessions Canyon, which honors the famous horticulturist responsible for many of the plantings found throughout the city. The unique walkway floats among treetops, stretching gracefully for 375 feet by steel suspension cables anchored to massive concrete piers hidden beneath the soil at both ends. The lightness of the bridge allows it to sway and dance in response to wind and walkers. Initially to some it may be a little scary, but well worth the experience. From center span the downtown skyline can be seen.

The old bridge is loved by a large cross-section of San Diegans as well as tourists from around the world. Please preserve the peacefulness and serenity of the setting. FYI: the footbridge is monitored 24-hours and closed from 10pm-6am. In 1976, city officials reported the bridge “is inspected every three months and most repairs are for broken flanges that connect hand rail cables to the bridge deck. People rock the bridge and the flanges break. This is not critical to the bridge and should not be interpreted as anything other than people having fun.”

Click this link for an animated look at the Spruce Street Bridge now and then. 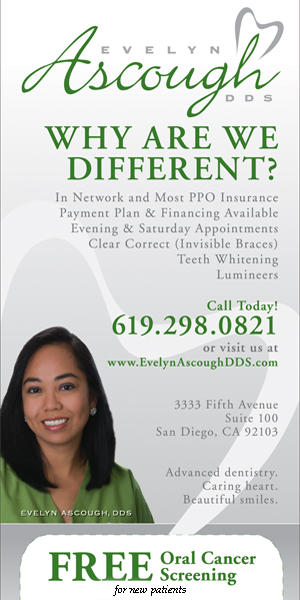 Show up • Speak up • Get involved

A place for renters & homeowners to have a voice

Give us your 2¢ worth